The Rialto Does he still write Newsletters? Newsletter December 2021/January 2022 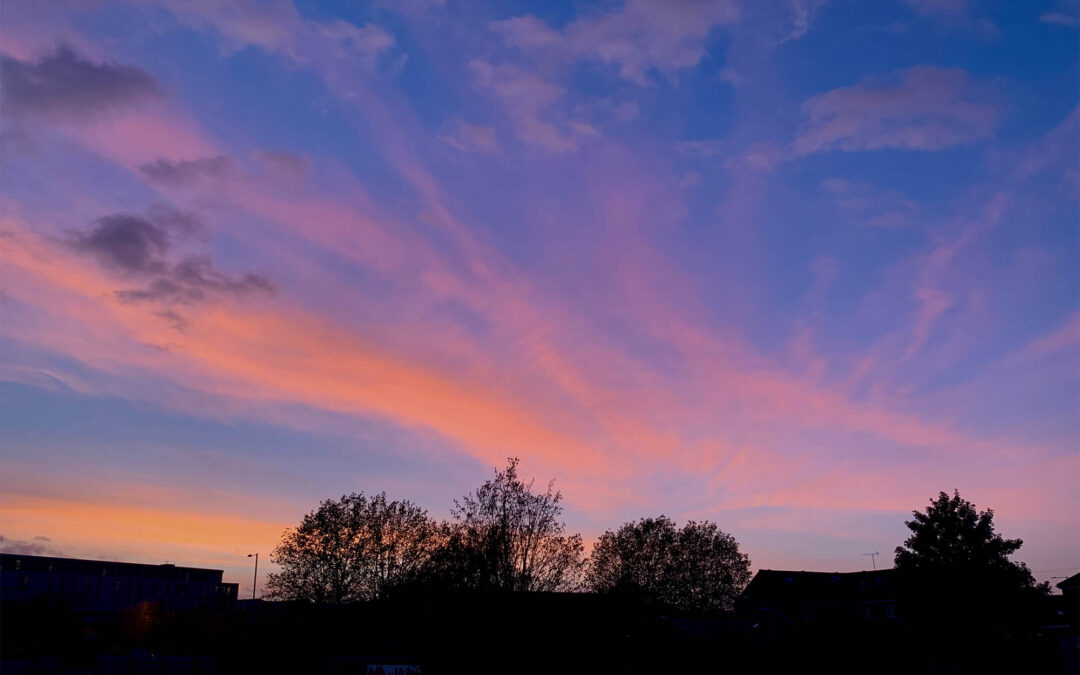 The Rialto 97 is printed and subscribers’ copies should have arrived. There’s been a long gap. I suspect that I might have found it difficult to return to the routine of reading submissions, having had a break from doing so while Degna was compiling No. 96. I also suspect that I was startled by the excellence of issue 96 into thinking its a heck of a hard act to follow.

Here’s what I’ve written about 96 in the Editorial to the new issue:

‘It’s a magnificent selection of work that shows poetry turning away from the too frequently quoted, too vengefully misused, half line of WH Auden’s, ‘poetry makes nothing happen’. In her editorial Degna says: ‘Covid 19 is only the newest scourge affecting the global community. The pandemic of male violence against women and girls and the pandemic of racism have been with us for a lot longer. That’s before we even get to the human exploitation of the Earth’s resources and inhabitants, social injustice and the unrelenting presence of crushing poverty…’ She has found poem after poem that invites reflection, thought and action on these urgent matters.’

I do think Degna’s issue is a poetry magazine above and beyond other poetry magazines. R96 was the first in our current Arts Council Grant projects (and our thanks go to them for the generous funding). This is an initiative in which some of our assistant editors take charge. Rishi Dastidar followed Degna with his project, which was to commission and edit a pamphlet for The Rialto. Holly Singlehurst’s The Sea Turned the Colour of Honey was published in September (more about this later). It will be followed by Edward Doegar’s edition of The Rialto, Number 98, which will be published early in 2022. Edward has written his thoughts about his issue – they can be found on the website, and in No.97. Issue 99 will be selected by me and then issue 100 will be chosen by Will Harris. The final part of this project, which may or may not be published as R101, is to be an anthology to celebrate an hundred issues of the magazine.

The gap between issues has not been helpful to poets waiting to hear about their submissions. My apologies. There are currently a substantial number of submissions dating from August which remain unread. I will be reading these and choosing poems from them for R99. We are trying to manage Submittable so that we don’t build up a back log.…

Holly’s pamphlet was shortlisted for the Michael Marks Award. Exciting news. It’s one of two Rialto pamphlets shortlisted this year, the other is Selima Hill’s Fridge. The Michael Marks Awards have been particularly good, for us, highlighting debut works by new poets, What I Saw by Laura Scott (Winner 2014), Wound by Richard Scott (Winner 2016), Dodo Provocateur by Anita Pati (Shortlisted 2019) and now The Sea Turned the Colour of Honey by Holly Singlehurst (Shortlisted 2021).

And Holly’s pamphlet is very good. Here’s a snapshot poem.

A WOMAN IS CRYING AT THE TIP

Throwing chandeliers into a skip
from the top of a flight of stairs.

She thinks of ballet, how bodies
land on the stage without breaking.
It is the audience that shatters.

I think this is wholly marvellous, full of surprises, unexpected juxtapositions, and all managed in six lines (including the title). The poem/poet leaves acres of space for the imagination of the reader – the title/first line introduces drama (character, action, location) but leaves the story (who?what for? why?) up to you. And of course the ‘tip’ is where you go when you are grieving (house clearance, after a death, a break up, a break down, and so on). I admire the poet who avoids the ‘poetical’ alliteration and goes for ‘crying’ instead of ‘weeping’.  And I also like the way that ‘crying’, by being placed in the middle of the line, becomes an interesting word, a choice that suggests you think about it. Then what? ‘Throwing chandeliers into a skip.’ This, with the succeeding line, becomes, for me, antique Hollywood, 1950s, black and white, full orchestra. Whereas it is in fact purely demotic. We have such stairs at our local tip, green, cousins of the airport ones with a bit of a wobble. (Note the ‘tip’/‘skip’ rhyme slipped in).And in the second half of the poem we are in a theatre. I like the anonymity of ‘She’ (also the fact that it heads the triplet): is ‘she’ the woman of the title? the poet? or the reader/audience? And there’s Holly’s gift for placing words again, three strong words before the caesuras, ‘ballet’, ‘stage’, ‘audience’ and three strong words as line endings, ‘bodies’, ‘breaking’, ‘shatters’. I was thinking about ‘shatters’ and its meaning (as well as the way it binds in with the thrown chandeliers). It’s not often that Aristotle drifts into my mind these days, but here he is with his notion of Tragedy and Catharsis, which I’m equating with the shattered audience. And I’m willing to bet that if the lost episode of The Poetics dealing with Comedy ever turns up he’ll be proposing an equally socially useful notion for the effect of comedy.

The truly neat thing about Holly’s poem is that, stranded as it is at the still point of its creation, it doesn’t choose between tragedy or comedy. Those of you who already have the pamphlet will know that this poem is on page 12 and that facing it on page 13 is a poem whose fifth and sixth lines are,

When a man makes miracles happen he is God,
and when a woman walks on water she is burnt…

I’m hoping I’ve said enough to convince you that you have to have this pamphlet. Here’s another poem

I saw you by the water,
by the blue water.
You were washing
your bones.

You dipped them
beneath the surface,
twisted them, placed
them into my hands.

They were light as birds’ bones.
They made my palms wet.

But these are your bones
I said

You said,
I do not need them,
where I am going.

I like the confident simplicity of the writing; most of the words are monosyllabic, there are none with more than two syllables, the sentences have very uncomplicated syntax. The opening sentence has the resonance of a lullaby or a traditional ballad: the abrupt shock of the second sentence, throws me into a gothic world (Keats’ ‘La belle Dame Sans Merci’, comes into my head, or the recollection of those, maybe forgotten, heroes, The Incredible String Band). The hinge of the poem is the ninth and tenth lines – ‘They were/They made’ and again it’s the simple directness that I notice. I know this writer has responded, for example, to the amazing lightness of an owl in your arms. It’s probably fantastical of me to note that ‘palms’ is an anagram of ‘psalm’. Again the story (‘What’s it about?’) is up to the reader, but look at the way the writing leads you on with the skillfully placed ‘I said/ …… You said’.

I’ve chosen to write about two quite small, thin poems. Holly showcases all shapes and sizes of poems, including several, ‘Purple Rain’, ‘All Shook Up’, ‘The Girl’s Monologue’ and the Greenland Shark poem, which occupy full pages. And there are plenty in between in size and shape. I think, and have always thought, that, when it’s not a meditation on a single theme (there were 19 poems in Blake’s Songs of Innocence, 26 in the follow up Songs of Experience), a pamphlet is a Sampler, an excellent opportunity for a poet to demonstrate their skills and interests. The Sea Turned the Colour of Honey goes a bit further than this: it announces the presence of an accomplished poet.

You can read more or buy Holly’s pamphlet here.

Two names completely new to me, Ben Carr and Paul Tanner. Lots of great poems (he would say that wouldn’t he) and I’m going to give one sample poem – not because it’s a great poem, which it is, but because it turned up on a dour day and made me joyful.

A train to Brighton fast, via Gatwick
a cab to The Batcave on Buller Road.
Batman met me at the junction. It seems
a suspicious package was reported.
Folded armed police were stood on corners.
It’s sorted, Batman said, ambiguous,
interrupted by a woman with a dog.
The man from number ninety-five, he tried
to kill me, so she said, but far too calmly.
Things on stove, said Batman. We have to go!

The man from number ninety-five was left
to be dealt with on another evening.
Bat-things needed to be done in darkness
while crimewaves raged along the marina.

The Magazine is available to buy here.

Nature and Place:  I’m hoping that festivities and Omicron haven’t prevented you from getting out and spending time in Nature (as I’ve noticed people say these days). And that the discoveries of your adventures will turn into poems for our Nature and Place Poetry Competition. I find it interesting, looking back at the poems Daljit chose as winners (see R97 pp 12 – 16) to wonder what kinds of poems this year’s judge Gillian Clarke will select. It’s important for the health of the competition (and of poetry in general) to have such a rich diversity of judges. Closing date is March 1st.

Anita Pati’s first full collection, Hiding To Nothing, is being published in April 2022 by Pavilion Poetry, Liverpool University Press. A brilliant addition to their excellent poetry list. We still have copies of Anita’s Michael Marks shortlisted pamphlet Dodo Provocateur.

Matt Howard has started his two year appointment at Leeds University as the Douglas Caster Poetry Fellow. Lucky Leeds – Matt’s commitment to poetry is as intense and thoroughly grounded as his commitment to environmental causes. And we still have a few copies of Matt’s Award Winning first collection Gall (or if you live in Norwich you’ll find it at The Book Hive).

Submittable – our Submittable portal is currently only open for entries to the Nature and Place Poetry Competition. We anticipate that it will re-open for submissions to The Rialto 98 at some point this month.

Best hopes and best wishes for 2022