The Rialto working in association with the RSPB, BirdLife International, Cambridge Conservation Initiative and The University of Leeds Poetry Centre.

Poems are invited that deal with any aspect of nature and place – these terms will be given a wide interpretation by the judge Gillian Clarke.

We have revised the closing date to March 6th 2022 from March 1st. 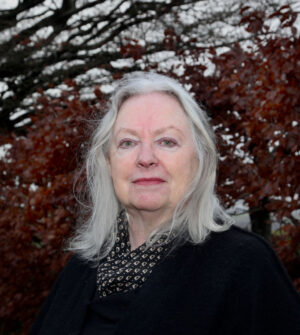 Gillian Clarke was born in Cardiff and lives in Ceredigion. Her work has been on the GCSE and A Level exam syllabus for over thirty years, and she performs her poetry regularly for student audiences at Poetry Live, and in several European cities. Gillian was awarded the Queen’s Gold medal for Poetry in 2010, the Wilfred Owen Award in 2012. Prose works include a writer’s journal, At the Source. She has written radio and theatre drama, and translated poetry and prose from Welsh. The Gathering/Yr Helfa, commissioned by the National Theatre of Wales, was performed on Snowdon in September, 2014. Picador published her Selected Poems in 2016. Her tenth collection of poems, Zoology, was published by Carcanet in 2017. 2021 has seen two new publications, Roots Home: Essays and a Journal, published by Carcanet, and her version of the book-long 7th century Welsh poem, Y Gododdin, published by Faber.

You can submit up to six poems in one batch, the entry fee for the first poem is £7 and includes an administration fee, the fee for each subsequent poem in the batch is £4.

If entering more than 1 poem, please load your poems as separate files and pay the appropriate fee.

If you wish to submit more than six poems you will need to make a second submission which will include a second administration fee.

Please note we require poems to be sent as either as a Adobe PDF or a Microsoft Word .doc or a .docx. Please retain all emails from Submittable regarding your submission and transaction.

If you have any queries regarding the competition please contact matt.howard@therialto.co.uk

There are a limited number of free entries available for writers on low incomes. These will be allocated on a first-come-first-served basis, and will cover the submission of up to two poems. To qualify, you should be in receipt in one or more of the following: Universal Credit, or any of the benefits that it is replacing, DLA (or PIP), Council Tax Support, Pension Credit, Housing Benefit, or international equivalents. To enter, please email your poem to matt.howard@therialto.co.uk along with a scan of a recent letter proving your eligibility. Entries will be anonymised and entered into the Submittable system.

£7 for your first poem £4 for each subsequent poem.

If you hate the internet or just find the technology and payment system intimidating and would prefer your entry to be on paper in an envelope you can download the leaflet and entry form below.

If you don’t yet subscribe, or you have let this lapse, please do consider it carefully. It’s just £25.00 for an annual UK subscription (£19 for people living in the UK on a low income).  For everyone overseas it’s £37 (£25 plus £12 shipping charge).