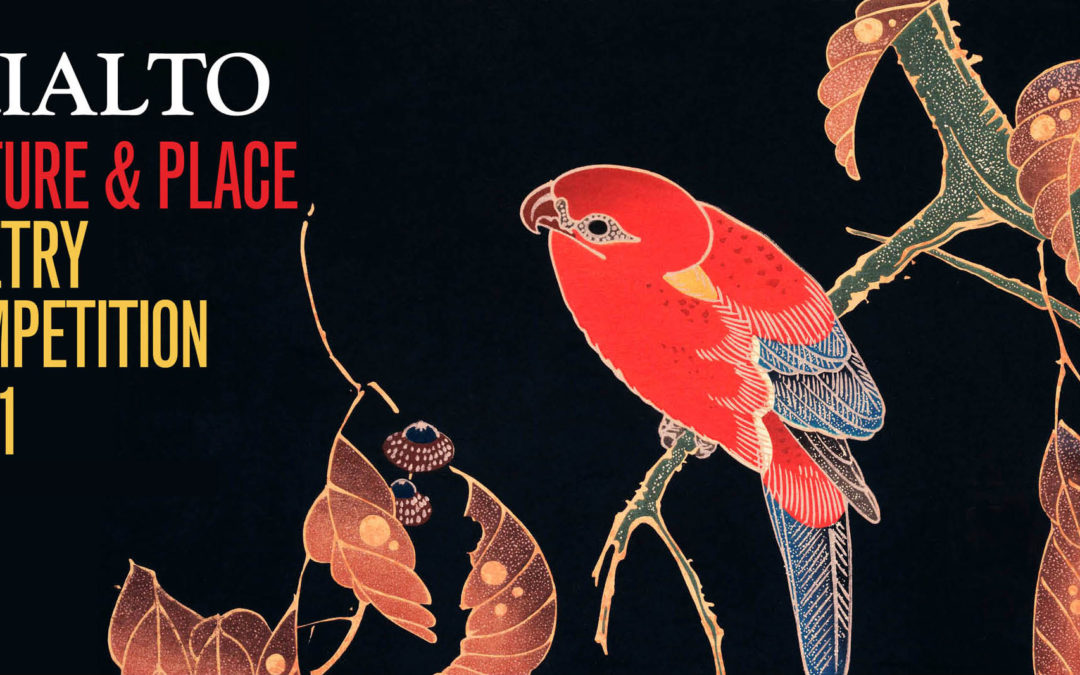 We have now received the results of the 2021 Nature and Place Poetry Competition back from Daljit Nagra and are delighted to announce that the winners are:

The four prize winning poems will be published in issue 97 of The Rialto.

The link to the Long List below is not a list of all the poems submitted to the competition, it lists those poems that were still in the running right to up to the late stages of the judging. Please don’t be disheartened if your work doesn’t appear on this list! Once again, we had a huge response to the competition, receiving around 3100 poems from 1500 poets.

The quality of the writing submitted and the deep engagement with our theme is always astonishing and indeed heartening. Every poem entered makes a difference to nature and poetry. Many thanks to Daljit and Nick Davies for their generosity in working with us and indeed to all of you who entered.

We will shortly be announcing details of the free online event that will feature a reading by Daljit Nagra and our winners. This is planned for Wednesday 7th July. Further details will be announced in due course.

Please be aware the long list is only representative of a part of the process of selection and does not include all entrants. The judging is a difficult process of elimination, from the thousands of poems received one hundred or so poems go on to the long list, a short list is then compiled and from that a list of winners and highly commended poems.
We are grateful for all submissions, the standard this year was exceptional.