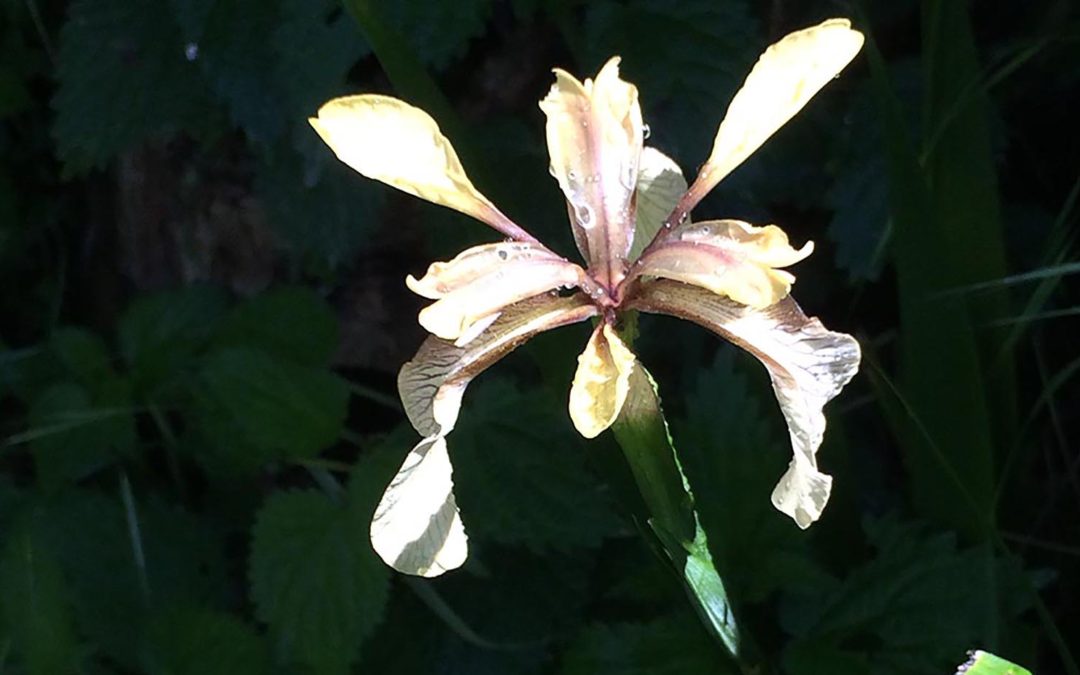 ‘I think this is a really good time for poetry. If anybody ever thought poetry was a luxury, that’s gone. Poetry is a necessary remedy to a lot of the darkness we are subject to.’ Tracy K Smith, USA Poet Laureate, The Observer 30.06.19

The Rialto No. 92 is now out in the world. It’s an issue I particularly like and am particularly pleased to have been involved in creating. If you start reading it from the back, which is the way I usually approach magazines, you’ll find, as usual, the contributors biographies and then there’s news of the recent Pamphlet Competition, followed by an Appreciation of the late Les Murray. The first poems you’ll come to are by Helena Nelson, ten of them. Reading backwards, the one you come to first is called ‘On Being Dead’. Since dying and being dead is one of the more important things we do as humans, it’s difficult to flick past this poem.

Visually the poem has a very loose looking structure, but as I begin to read it I realise it’s, at least initially, in couplets, and that the wide spaces are stretched caesuras. It also uses rhyme, though as the poem progresses these rhymes tend to be repetitions of one or another word (‘happen’ ‘happen’, ‘being’ ‘being’). It’s quickly apparent that the poem is a conversation between the poet and a ‘sister’, who is absent, and there’s such an urgency to it that I interrupt my backward reading and turn to page 53 where the poem(s) begins.

The title is ‘Sonnets for Louise’. I find I’ve looked at the first line of the first sonnet, ‘I have a sister called Louise. She died.’ And then at the first line of the next one, ‘Yes I had a sister once. She died.’ Hammer blows of grief, the nails going home. In my experience it’s difficult to get through life without encountering the unexpected death of someone you’ve given your heart to. And it’s this piercing loss that Helena is working with in these ten skilful and deeply felt poems.

Sonnets were originally celebrations of love (‘Quando Amor i begli occhi…’) but they quickly became discursive and, because of the limitation imposed by the form, great places to sort things out. In these ten brief spaces (mostly tightly formal) Helena articulates the love of the sisters, the swiftness and ferocity of Louise’s sickness and death, the emptiness of absence (It’s shit. Death is shit.’). What’s more she uses this most boundaried form to explore what happens at the boundary of death and life – hence the last two poems where the sonnet shape begins to dissolve.

If, however, you read the magazine from front to back you’ll find on the title page Charlotte Mew’s poem ‘The Cenotaph’ which is dated September 1919. We were, before Brexit divided the kingdom and dominated our dreams, commemorating the 1914-18 Great War. I thought it reasonable to mark the end. On page 2 is our usual baggage of information – which in its generic generality has given some readers the impression (see ‘Contributions’) that we have re-opened Submittable. Not quite yet. Page 3 is the Contents, page 4, ‘From The Editor’, which I hope gives some explanation of how things are at The Rialto.

Pages 5 to 8 have work by Pascale Petit, mostly her longer (160 or so lines) poem ‘In The Forest’, which comes from the same field as William Blake’s ‘A Robin Red breast in a cage/ Puts all Heaven in a rage,’ (‘Auguries of Innocence’ lines 5,6). The poem races along with angelic fury, part myth making, part documentary about the exploitation of endangered animals, ‘How many rupees for the galaxies/ in a gall bladder?’

Pascale has created a context in which to make explicit the juggernaut of cruelty and disrespect which places human need above the vast intelligent beauty of all other life forms. She also makes clear how silent we have become – ‘and with resin from the tree of love/ I glued my lips’.
If it were possible to remake the creature
from its pelt I would do it
but the man sold the pelt
because his family was hungry.
And I vowed then never to eat again.’
Please read this poem: it is written without a word astray and is a celebration of who we could be as well as of the radiance of the things we destroy.
Please also note that we have placed Patrick Deeley’s ‘Two Hundred Million Animals’ immediately after Pascale’s poems: and that we have placed Joshua Judson’s ‘Trap’, immediately before Helena’s sonnet sequence. This poem works its way through fifteen accurately evocative skateboarding lines to a  wonderful four line conclusion where you don’t know whether the ‘and one of them will have gone too far’ refers to some Damascene moment or to death.
If you want to start reading towards the middle of the magazine ( and why not?) try page 30 and Arji Manuelpillai’s ‘Because It’s In The Lonely Planet Top Five Places To Visit.’ Technically beautifully paced this poem hovers on the boundary between verse and prose poem. Like much else in Rialto 92 it doesn’t pull its punches. Arji weaves together the blissed out meditations of a traveller in love ‘he and her spent that whole evening staring out to sea’ with the reflections of the narrator on the brutal ending of the conflict (largely forgotten, which is the way with many wars now) between the Tamils and the Sri Lankan authorities – ‘where bombs rained in no fire zones   where bodies are hidden sixty to a hole.’ The poem ends with this (bearing in mind Trump’s supporters recent chant) brilliant shock:

The magazine is a celebration of diversity and creativity, of that liberalism that President Putin and others would prefer to have had its day: freedom is at risk, it’s important that, at the very least, we give voice to basic decencies.

The Pamphlet Competition judging finished some weeks ago, and we announced the shortlist and the winner on our website.  In case you missed it here’s the information again (it’s also in R92).

Richard Scott, chose to shortlist the following twelve titles and poets (in no particular order).
William Stephenson ‘The Butterfly Factory’
Rachael Matthews ‘Naming Boats’
Anita Pati ‘Dodo Provocateur’
Kat Dixon ‘Letters to Ex-Lovers I Will Never Send’
Patrick Davidson Roberts ‘The Scraped White’
Nicola Bray ‘Boi’
Claire Collison ‘Fantastic Voyage’
Majella Kelly ‘Love, Sin, Repeat’
Amaan Hyder ‘when it is beyond’
Rebecca Hurst ‘Mapping the Woods’
Georgie Hill ‘My Mother’s Extraordinary Hair’
Robert Hamberger ‘Nude Against a Rock’
The judging was, of course ‘blind’ (i.e., the names were withheld).
The winner is ‘Dodo Provocateur’ by Anita Pati.
Anita Pati was born and grew up in a northern seaside town. She now lives in London where she has worked variously as a library assistant and a journalist. Her poems have appeared in Poetry London, Poetry Review, The Rialto, New Statesman, The Best British Poetry and Butcher’s Dog, among others. She has been a Jerwood/Arvon mentee, one of the Poetry Trust’s Aldeburgh 8, won the Wasafiri New Writing Prize and was a winner of the inaugural Women Poets’ Prize.
Anita’s poetry is great, full of spark and surprise. We’re getting on with the pamphlet preparation. The shortlisted poets will have work in the next issue of the magazine.
*********
With the next issue we will be increasing our prices. Always a difficult subject. As you know we have for most of our history had a discounted subscription rate for anyone on a low income. This we will be continuing to do. I know what it is to be unemployed or to be working in low paid work with no sense of getting anywhere. I am also very aware of the way that the gap between the living standards of richer people and of the rest of us has stretched and stretched.  Enough. The prices we’ve so far decided are as follows.
The Cover Price will go up to £9 per copy.
The UK Subscribers rate will be £25 for three issues.
The UK Concessionary (Low Income) rate will be £19 for three issues. We don’t require proof of your status, you can self assess this.
The Rest of the World Subscribers rate will be £45 for three issues.
The Europe Subscribers rate is yet to be decided (as is the nation’s relationship to Europe).
For Institutions, (Libraries and Universities etc.,) we are introducing a new multi-use rate
of £60 for three issues. We’ve been generously out of step with other magazines forever…
Costs for Single issues (UK, Europe, Rest of the World) will be posted on the website shop once we have researched them.
Those of you whose subscriptions are currently (R92) needing renewal (and thanks to all the prompt renewers) can still renew at current prices.
*********
If you have the new issue you will have read that we had our Grant Application returned. We are encouraged to re-apply, and have been given helpful advice on how to improve our chances of success. Meanwhile we continue to use our financial reserves (and the generosity of all involved in producing it) to support the magazine.
I know I keep saying this but it is astonishing how difficult it is to sell poetry, given that it is generally acknowledged to be a Good Thing and one of the star strings holding up Our Cultural Heritage. The new Poet Laureate will receive the salary of £5,750 from the DCMS (plus the barrel of sherry, I suppose). It’s a paltry sum, undermining any respect for poetry that the office might be supposed to be honouring. What would be wrong with £100,000 a year?
*********
Here is a piece of writing I wanted to share with you. It’s part of the promotional material for the new issue of Irish Pages.
‘This is how hard it is for at least some of the politicians on both sides of the sectarian divide. The violence was local, intimate, not international. The killer lives, not in a distant country, but in a neighbouring village or street. Revenge is instinctive, peace-making counter-intuitive. In the Iliad, incensed by the fact that Hector had killed Achilles’ friend Patroclus, Achilles has disrespected and defiled his victim’s body by dragging it by the heels behind his chariot below the walls of Troy. Priam comes to Achilles to ask him for Hector’s body, so that it can be given a proper burial. Achilles, overcome with compassion, accedes to the request, has the body washed and laid out in uniform… There is no question but that, in his encounter with the conqueror, the hero, Achilles, it is Priam who is the greater human being. This moment in the Iliad might even represent a genuine leap in human consciousness.’
from “On the Nobility of Compromise,” by Moya Cannon
Michael Mackmin
July 30 2019