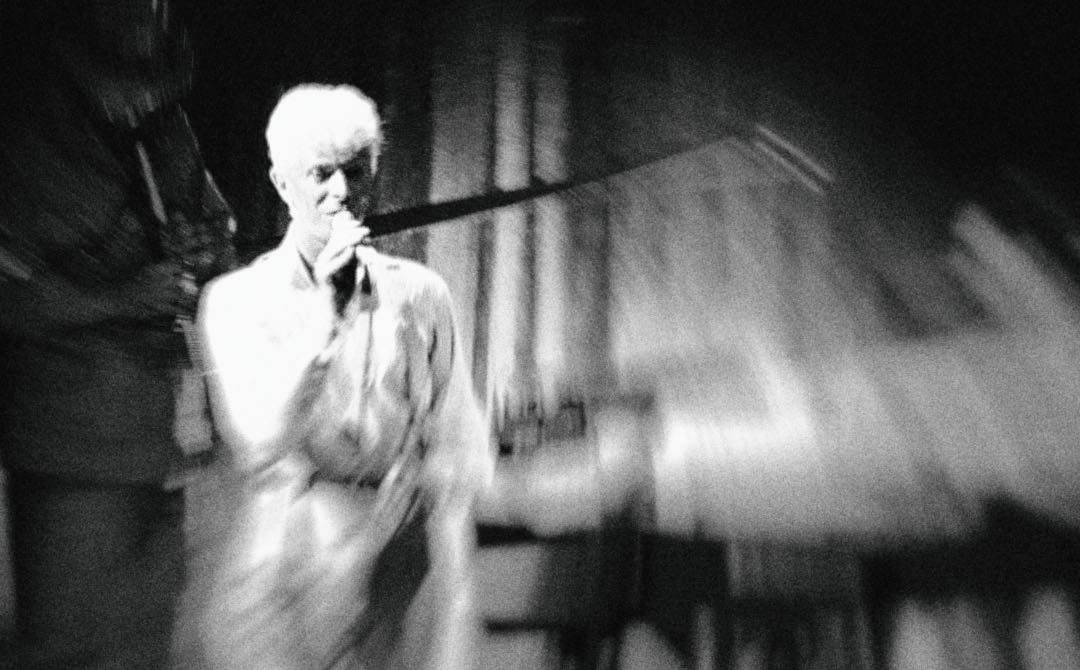 I wanted to write about David Bowie’s Let’s Dance album for the Rialto Cold Fire pamphlet, primarily because it features the song ‘Modern Love’, one of my favourite songs to dance to.

It’s a song about ambivalence, especially towards love, but is sung and played with such a huge sense of joy that it feels like a celebration, the chorus call-and-responses (shown in brackets) providing feverish jubilation.

This song comes first on the album and, to my mind, dominates it – I measure everything else against it. The songs that follow immediately, the cracked paranoiac ‘China Girl’ already made famous by Iggy Pop, and the floor-stopping ‘Let’s Dance’, are also memorable and striking, spectacular, but then it all seems to descend into a mix of poppy puff pieces that feel far removed from the more inventive ambitions of his earlier work. They’re far removed from the first three tracks of this album, even.

Bowie later referred to this, with Let’s Dance as the starting point, as his “Phil Collins” period. A Phil Collins period means different things to different people (especially to Phil Collins I’d assume) but my impression is that Bowie used it pejoratively, to indicate a prioritisation of commercialism at the expense of credibility. Selling out, if you like, but in all its meanings, and deliberately of course, as with everything Bowie did. Even so, ‘Modern Love’ remains a glorious pop hymn, at the top of a strange knowing album slide down that enacts Bowie’s transition into a different phase of his career.

I wanted to try and capture some of this feeling in the poem – this ambivalence towards love, towards work, towards the world, the possibility of great highs and great lows, but also this sense of being on the edge of something, of starting a descent. It is also a product of the period I wrote it in: late January 2017.

I almost feel nostalgic for the manifestation of my anxieties in that period. They seem so calm and collected in comparison to today’s. It was after Trump’s inauguration, when reality was starting to sink in, but the year was still new. The mass culling of all my childhood heroes, including Bowie, that happened in 2016 was over, and Brexit realities had yet to hit. This was all back before Trump had decided to try and start a race war and a nuclear war in the same week, back before people were flying swastikas so openly over America. There’s a bit of ‘China Girl’ in the poem, but perhaps if I was writing now I might have leant on it more.

The poem I ultimately created is a pastiche of quotes, lyrics and writing about the album, moulded together into a single piece. It acknowledges the darkness and confusion, but ends with the spoken word introduction to ‘Modern Love’, which is as good a mantra for modern life as I’ve ever heard. There’s a time when I would have wanted us all to unite under the singular banner of ‘Let’s Dance’. In these harder days though, these are the words I most live by:

You can buy cold fire here