On ‘Station to Station’ 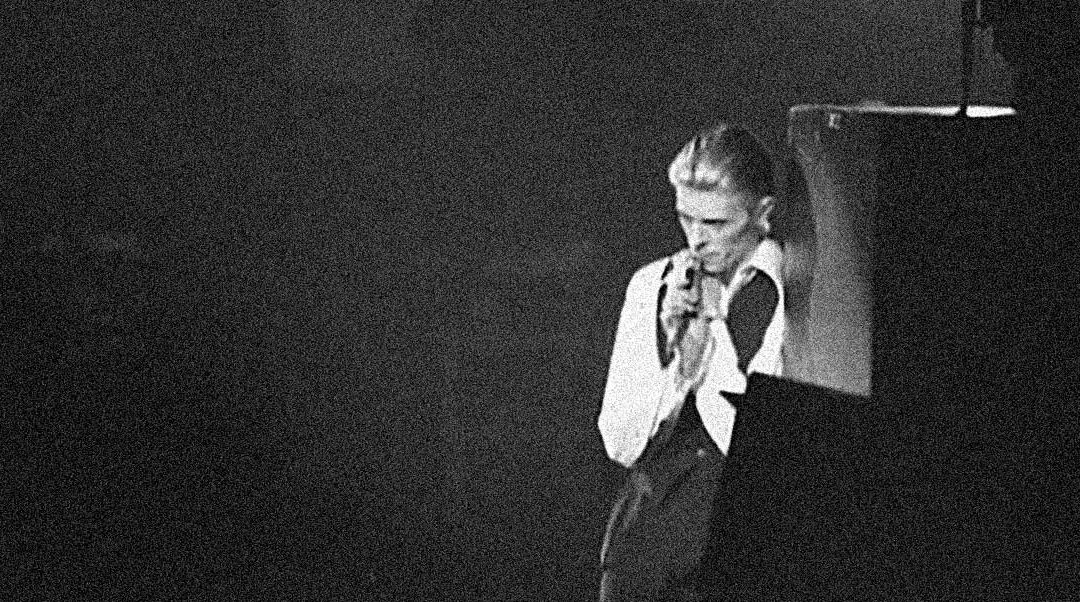 On ‘Station to Station’

Station to Station is my favourite David Bowie album, and it seemed the natural starting point when I was asked to write a poem about the Dame. Its immediate successor, Low, is the better, more important record but Station to Station has this rich, readymade mythology to tap into – all pentagrams, Nietzsche and cocaine-fuelled séances. Musically, too, I’m a big fan of its LA glitz and funk, a hangover from Young Americans that lingers as Bowie heads into darker territory. The album catches Bowie slap-bang at the intersection of my favourite things about him: that paradox of slick, artificial soul in one sector of the Venn, crossing over into the genuine, vulnerable soul music he’d invent in Berlin with Brian Eno.

Because I’m a strange and nerdy creature, who grew up as a teenage music obsessive just before the internet made this kind of timeline ridiculous, I read about Station to Station – in some depth – before I’d even heard it. Ian MacDonald, my favourite pop journalist, has an essay about it in his last book, The People’s Music, which I recommend to anyone interested in this album’s very weird hinterland of Gnostic mysticism and pseudo-fascist iconography. A short excerpt might help to give a flavour:

Though he made plenty of pro-Hitler statements around 1975-6, Bowie ultimately remained sane enough to distinguish the ideal of an order-bringing élite from Nazi reality. He was, he would occasionally claim, a Nietzschean, his ‘fascism’ being conceptually benign (if nonetheless arrogant). He favoured a New Order not of domination, but of enlightenment: rule of the ‘asleep’ by the ‘awake’. The main snag was that he was doing too many drugs.

A salient fact: Bowie claimed, quite earnestly, that he didn’t remember anything about the recording sessions for this album. Imagine that – a classic album, and you’re as surprised as everyone else to hear what it sounds like when you come round a year later in a Berlin suburb.

I wanted to capture some of that sense of blackout in the poem: the disorientation and paranoia of regaining consciousness, not knowing where you are, and struggling to piece together the journey. It’s happened to me a few times down the years (a result of booze, not cocaine) – not that often, but often enough that the atmosphere of Station to Station rings true. Whenever I have awoken in that state, I’ve almost always been seized by an apprehension of having committed a calamity. I trust I’ve never done anything much worse than embarrass myself, yet the story of this album haunts me. Bowie did something pretty bad, and public, in May 1976, at the apex of his long bender. Stepping off a train at Victoria Station, he greeted the waiting press corps with a wave that looked suspiciously like a Nazi salute. The Thin White Duke’s dodgy politics have never resonated with me, thank god, yet I saw in that persona a darkly plausible alter-ego to the harmless sot – a monster capable of doing some serious, and more than reputational, damage. In this poem, I’ve tried to channel him.

Thin boys crash in second class, all memory
of how they got there fried. The journey is
a midnight trawl through morning’s bluish
certainties. The thin boy is far from certain;
he has a gift in neglect, mysterious injuries,
a long way to go across a hostile continent.
White boys gather plaudits for their funk.
Their boogie is a ripe banana splitting
to sweet mush in your mouth. Relax,
or don’t, for white boys can do opera;
their high notes scale a peak of need
then slum it, parley, get on down.
The Duke, though – the Duke repels
the waiting crowd with his half salute.
He forgot where he was. He slicks
his hair to Hollywood and smiles;
invites you to a séance in the louche
Grand Duchy of his personal hell.