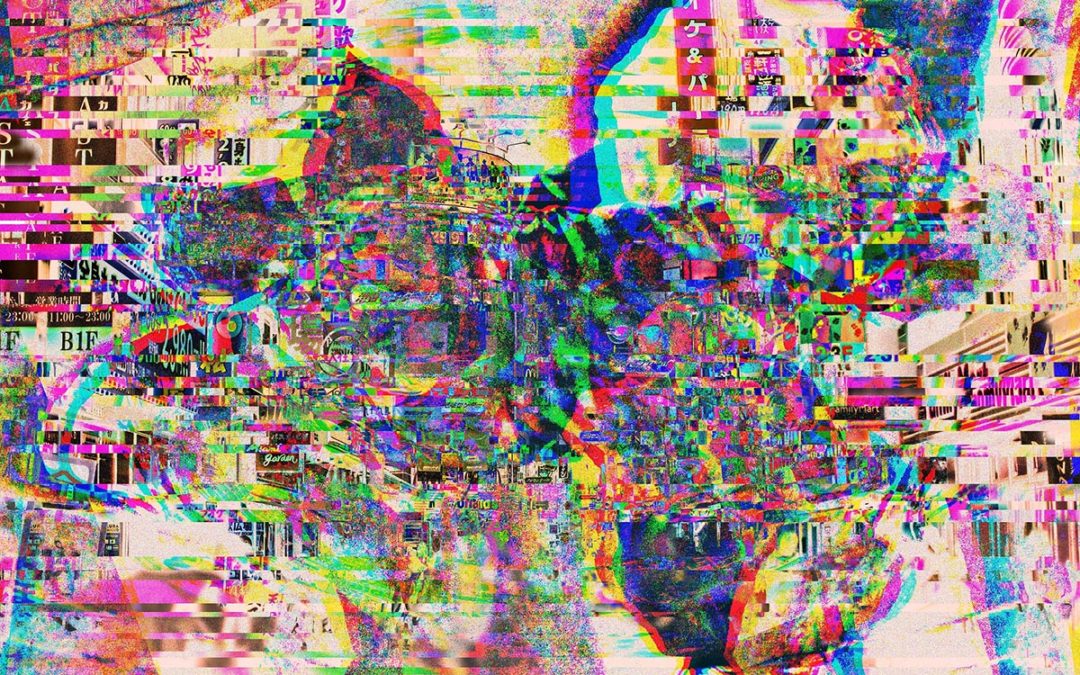 The induction program’s willow pattern eyes
and terracotta lips matched those of the woman
I married in my first incarnation. She whispered,
Just you and me darling me darling – a glitch, surely,
A stutter in the software – so make yourself yourself.

She projected the cooker and hob of our kitchen
onto the walls of my cell. Our clock, stopped at nine.
The red LED of the warming oven. How fitting
that a chain of zeroes and ones coded in California
should inherit my wife’s paper skin and ink-black hair,
our dreams of our teenage sons, both now uploaded.

The table was crowded with algorithms whose integers
resolved into cups, bowls and spoons. We drank a soup
she’d blended from boiled square roots. Are you sure this
really all happened this? she asked. I mean been you’ve been
under lately stress lately. Adrenaline, perceptual distortion.
My darling my it’s my darling okay. Her endearments
Looped and scattered like pixels in a buffering film.

We stepped through our front door into a canyon
of brick and stone. Beings with brushed tendrils
jostled past us, lenses wrapping their eyes. Icons
on screens glided like ice-pucks under their fingers.
Steel cages growled and screamed. Suspended suns
gilded the program’s skin. This is dear this dear home.

No doubt you have better nuggets of conversational wisdom to dispense over a meal, but somehow I found myself over lunch a few weeks ago trying to explain the ‘internet of things’ to my very patient companion. Not very well, obviously, as I picked up knife and fork and suggested that, in the near future, they would via the internet be able to ‘talk’ to each other, should they wish; of course, I had no idea what they might want to talk about if they ever did start communicating, and then I think I mentioned the ‘connected fridge’ and my companion ordered another round of Aperol Spritzes.

I say all this because when I got back from lunch, I re-read this poem and was struck by the notion that, when it comes to technology, the urge to explain it in terms of, or at least placing in the context of, the kitchen seems to be, if not universal, pretty damn close to it. We won’t trust the latest thing, the poem seems to say, unless it can be seen to make sense of the very practical and down to earth technology we use every day to keep us fuelled, sated.

I should at this point say that I am taking the technology that is the ‘induction program’ to be some sort of Virtual Reality (VR) software, something which is allowing the narrator to summon up – perhaps summon back from the dead – his first wife, and some elements of the life they shared.

What the poem does very well is convey the time lag, the stutter that any technology has (especially in its less mature phase) in trying to render reality, which is where VR is right now. The buffering pixels, the table crowded with integers – technology is never as smooth or as complete as it promises to be.

There’s something else going on here too – a challenge, perhaps, to games like The Sims or Minecraft: however immersive those worlds might be, they can never truly provide the completeness of a ‘real’ home. But who knows what ‘real’ might become? Give it a few years, and we might be reading The Rialto through a VR headset, while eating boiled square root soup.

And for those of you who really want to know, Wikipedia defines the internet of things as: “the inter-networking of physical devices, vehicles (also referred to as “connected devices” and “smart devices“), buildings, and other items embedded with electronics, software, sensors, actuators, and network connectivity which enable these objects to collect and exchange data.”

Pass me another Aperol Spritz.