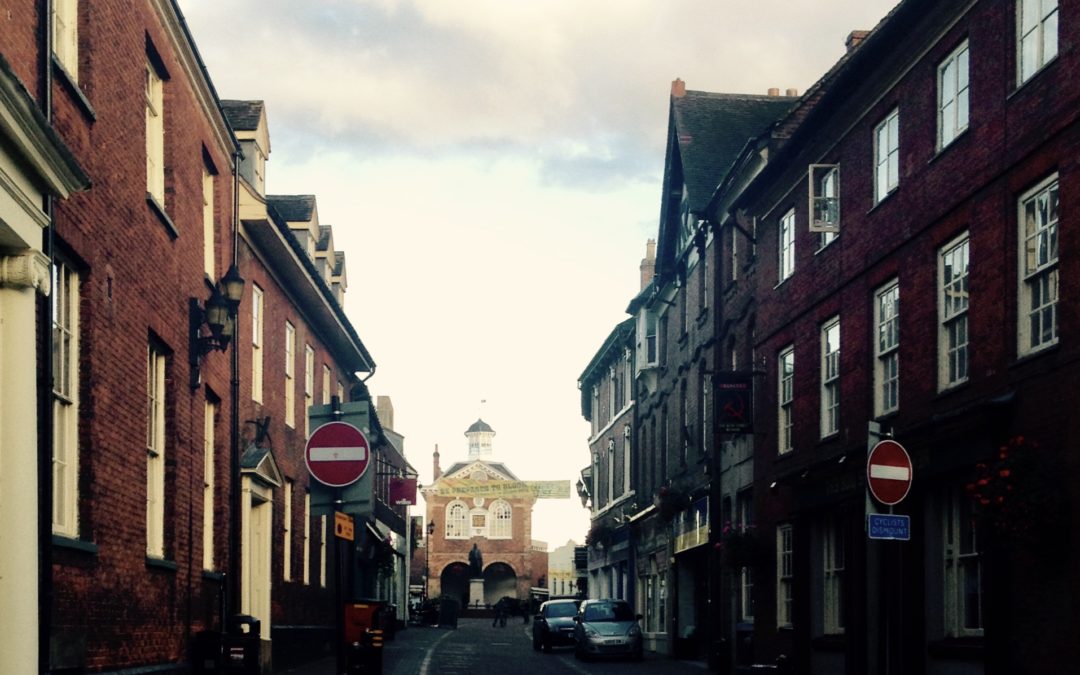 Go Home. We voted leave…
Her indignant jaw trembled
as she seethed,

and the deadpan response
I might have mustered
froze on my lips,

as she brandished
a crumpled flyer
and unleashed its litany of stats.

I’m going I said
and melted away,
too saddened to understand

how the idea
of nation thrives on
its intransigent borders,

how our identity was hijacked
by a binary ballot
endorsed by three Brexiteers.

Home is a sanctuary where
my daughter decants a kaleidoscope of watercolours
onto her honeyed skin,

and we smile at our favourite animation
as a lion communes with all the animals
in a stop-motion multicultural vision.

Home is the kitchen where we concoct fusions
with spices we’ve blended by hand
in an heirloom pestle and mortar.

And home is my mother in whom for years
I was landlocked,
when she was my country and compass,

and all I knew was hunger and impulse,
and territory was a concept pinned to a wall
like a patchwork atlas made of felt.

In this England of unkindness
sanctioned by suits waxing impolitic
their xenophobic bleats,

I heard that a pregnant friend,
betraying her German lilt,
was told to repatriate

by a man close to death,
as she consoled her feverish child
in the doctor’s waiting room.

And I want to say home is where the heart is, and ask those who would banish us
to grip my arteries with sullen fists, and pull the sinews taut like guy ropes
so I can camp out under my heart’s stretched skin,
and be nomadic wherever they want
to shunt me.

When last I flew home, to the island my father had quit
before it spliced into tribes,

I sought to subvert the exile my parents had imposed
for fear of persecution and petrol bombs.

I imagined my race could be a badge woven
from snippets of a phrasebook,

to see, in twenty years away,
that the country had been broken,

and I was stranded
like a tourist clutching his Lonely Planet.

Go Home? Or get lost?

I don’t know about you but I’ve been thinking about the result of the EU referendum almost non-stop since I woke up on the morning of 24 June 2016. I’d love to be able to blog about Neetha Kunaratnam’s poem Home without getting political but how can I? The poem itself is intensely political; the date stamp and the very first line shout that loud and clear:

This poem feels to me like a provocation. What is home? Where is home?

The fact is, the notion of ‘home’ changed for a great many people in the aftermath of the referendum. A feeling of displacement and unbelonging that continues due to the botched approach to the negotiations. Ever since that ‘binary ballot’, we’ve been pulled into one camp or the other regardless of the nuances of our decision to vote this way or that.

Neetha Kunaratnam’s poem plays out over five sections, each giving us a different understanding of ‘home’. What strikes me most is that the cumulative effect of the individual sections highlights the lack of agency that the speaker has. Life is happening to him, around him. In the first section the speaker’s deadpan response doesn’t come and instead he melts away. In the fourth he waits to be moved on to ‘wherever they want / to shunt me.’ In the fifth he is stranded. It feels very much like there is no ‘home’ to go to.

Section II creates a cosy world where family equals safety and security, where it is both a ‘sanctuary’ and a place to find yourself ‘landlocked’. The warmth and familiarity of the imagery contrasts with the tone of fear and uncertainty that runs through the rest of the poem. Section III is the only section that doesn’t directly reference ‘home’. It moves away from specifics and the personal experience of the speaker, and ‘unkindness’ of the ‘suits’ and the ‘man close to death’ feel too blunt but maybe bluntness is what’s called for. Section IV is perhaps my favourite. The visceral image created is so extreme and surreal, it’s almost like a scream of desperation.

And I want to say home is where the heart is, and ask those who would banish us
to grip my arteries with sullen fists, and pull the sinews taut like guy ropes
so I can camp out under my heart’s stretched skin,

I’m drawn to this poem because it goes some way to articulating the shock of having to unexpectedly revaluate what ‘home’ means. I think this poem works best if you read it aloud. become the speaker, hear what he has to say. Poetry allows us to feel what it might be like for someone in positions we might be lucky enough to have no experience of. It also allows us to find sanctuary when a poet recreates an experience we recognise only too well. The last line of the poem is what unsettles me most.