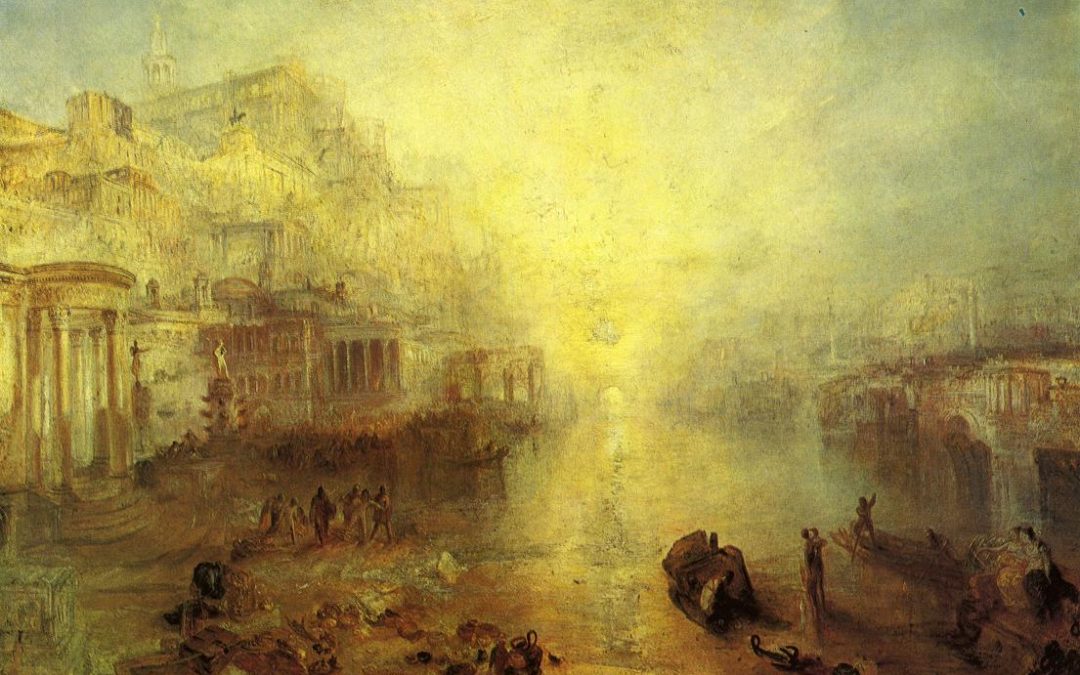 My friend, we’ve been anchored here for years
arguing the toss: semi-colon versus
the long dash, our views on Ovid’s Tristia
though I haven’t read it, nor have you –
and as the room rocks gently underneath us

you pour for me a rare tea known as Lost
Malawi. We dare not say it tastes
of stagnant rain; we drink it for the ritual
of writers fighting in the afternoons,
we drink it for its writerly cachet.

Now you declare that Dante was superior
to Eliot – I hold for Modernism though
I don’t believe myself. The house stirs,
creaking on its moorings as you fill
my glass with stagnant rain again, while

through the window, framed and distant,
bumping up against our English bricks,
sinking vessels toss and hiss. You hit me with
an exclamation mark, I counter with ellipsis,
take a bracing sip of Lost Malawi,

look out. Beyond, the ocean foams and spits.
Passengers cup their hands, mouths ringed with salt,
skin caked with white. The house lurches but
the window will not give. Waves mist the glass;
the faces blur and vanish in the spray.

Jacqui Saphra read this poem at the poem-a-thon she organised to raise money for refugees last year.  I connected with it at once because of the sense of helplessness and uselessness it conveyed.  It was easy to grasp what was going on in the poem because of the context.  But when the Rialto team had an editorial discussion about it I realised that this wasn’t immediately obvious.  And there’s a lot else happening, too.

Tristia is Latin for sad things, ‘Sorrows’, the title of Ovid’s melancholy letters from his Black Sea exile, dramatic monologues in verse.  So the theme of exile’s in ‘Tristia’ from the start.  The poem describes a conversation between old friends, one they’ve had before, more or less.  The tone is desultory, full of Ovidian mournfulness and self-consciously literary (Ovid again).  We’re reminded of our comfort and our pretensions (modernism! punctuation wars! referring to books we haven’t read, including Tristia!) before we know where the poem’s going.

There’s humour in this, and in the tea – oh, the failed promise of exotic teas.  The name of this one, Lost Malawi, has undertones of exploitation and wider loss: environmental, cultural.  It’s nice that ‘stagnant rain’ rhymes with ‘writerly cachet’.

At first the only thing outside the conversation is the room that “rocks gently”.  Then the room stirs and suddenly, at the enjambed beginning of verse 4, the world is up against its “English bricks”, full of urgent sibilants: “sinking vessels toss and hiss”.  What’s outside is “framed”, though, and the conversation continues until in verse 5 the ocean and its salt-stained victims take over completely.  We can only watch.  They don’t enter the room; like our world, it stays intact – for now.