The Booze by Charlie Bird 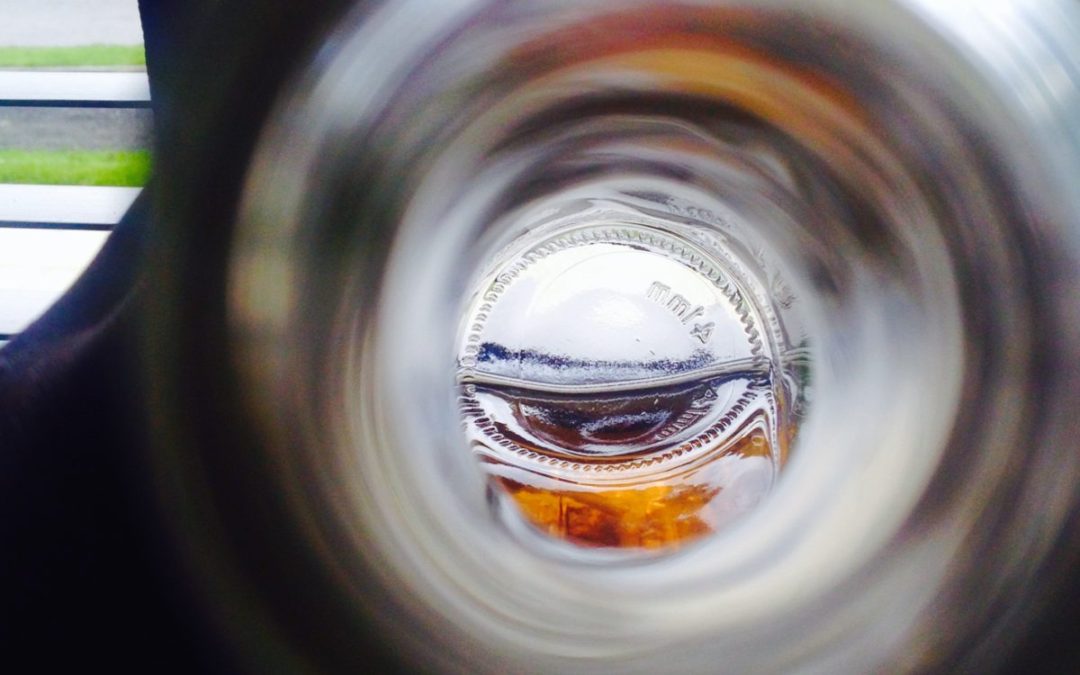 by now, the booze is you, you are the booze,

mid-rant you stand up too fast, keel over, turn your ankle
and I’m supposed to help you up. Oh! the heat and stench of you

cursing the world, cursing me, you burst into tears, blurt, ‘I’m hurt’,
that is: tell me you love me despite all this,

‘anyway,’ you say, safe in your seat again,
you reach for your drink, start on some new speech.

Charlie Bird’s poem the ‘The Booze’ doesn’t waste any time getting started. It begins with the shocking assertion that there is now no distinction between the drunk and the drink. The poem is just nine lines long but you get a real sense of the scene surrounding the scant details given. You can feel the claustrophobia of the room where this exchange is played out again and again. Who are these two people? How did they get trapped in this relationship? Will they ever get out?

One of the things that first drew me to this poem is its frankness. The deceptive simplicity of the language has an honesty that averts melodrama; the use of more visceral, violent language in this domestic scene could have easily spilled over into sensationalism.

Sound is important here and gives the poem energy, from the insistence of the repeated vowel sounds in the first line to the sibilance of the penultimate line. The poet doesn’t use end-rhyme but the poem is rich with rhymes, half-rhymes, assonance and alliteration.

This is particularly true of the mid-point of the poem – cursing/world/burst/blurt/hurt – the repetition of the ‘ur’ sound needles you, gets under your skin, places you firmly in the world of the poem. The deliberately clumsy phrasing of “blurt, ‘I’m hurt’,” almost makes you pity the forlorn figure of the fallen drunk. It sets up my favourite part of the poem where the poet spells out the subtext of the drunk’s words. The line that is both a plea and a statement — “that is: tell me you love me despite all this,” — it’s the reason the speaker of the poem can’t leave, that and the hope that things will get better:

The second line of this couplet has a soothing lullaby rhythm, the repetition could be comforting, but it isn’t. It’s almost taunting. You feel the desperation of the speaker clinging on to the return but there is no happy ending here.