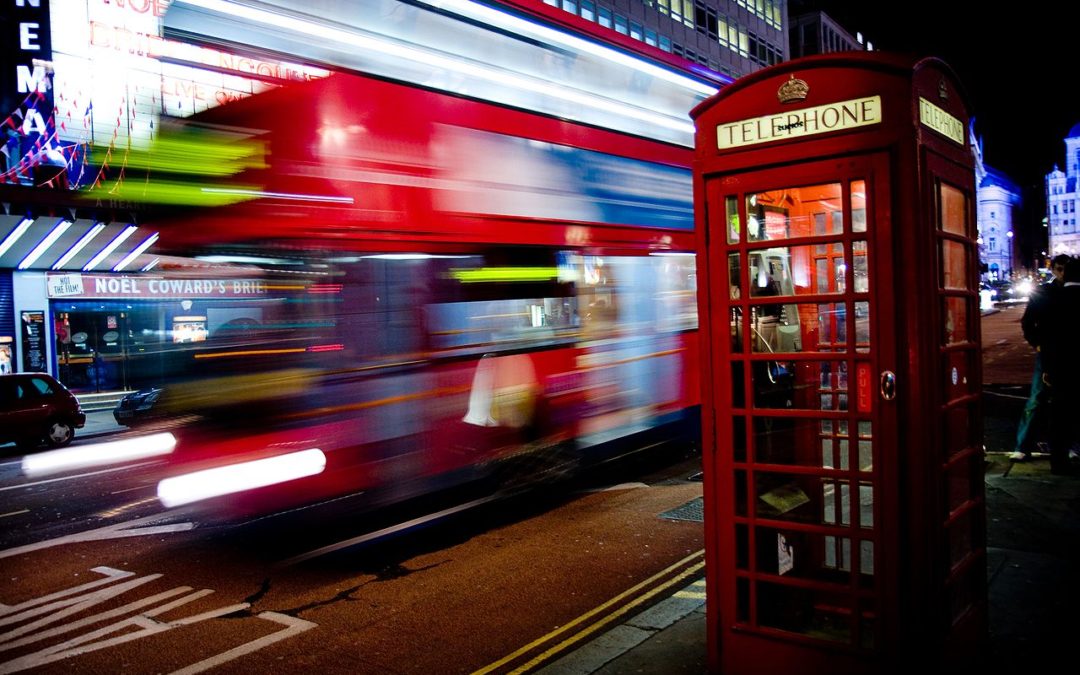 I’d like to be able to say this is an epiphany
but it’s not. I want to press on home.

I’m anointed by the light of the phone box,
looking out on hard rain, the closed off-licence.

It’s clean of cards and dry enough here. Only the faintest
smell of piss. I wish I wanted to wait, stay, even.

It could be my cell. Like a wayside shrine, here
on the New North Road, cars wishing past, drivers,

one hand on the wheel, crossing themselves,
as I shine out to them, invisible to myself.

I admire the way this poem dances between the worlds of the medieval anchoress and the modern urban landscape ( I think this phone box is historically a bit earlier than now, sometime before we all got hold of mobile phones). I like the playful contrasts between the language of ‘epiphany’ and ‘anointed’ and that of the ‘closed off-licence’ and the lack of sex workers ‘cards’. I like the modesty of it saying it’s not an epiphany when it actually is. I like the way it reminds me of times when finding a phone box on a dark night, when lost, needing help, was a sudden beacon of help. I like how the poet turns the lit-up box into a nimbus of spiritual mystery – it’s not quite the ending of ‘Il Paradiso’, but it’s a corner of the same field. I like the directness and clear language, the instant accessibility of it. I like the precision of location, which is simultaneously general, the ‘New North Road’ – the one I remember is in Exeter, but you’ll know one near you. I like the way ‘cars wishing past’ ripples out as a phrase, exact description and then the implications of ‘wishing’ come rolling along: and there’s the nod to Bob Dylan in ‘hard rain’. Altogether an admirable poem I think.