What is the point of making teenagers write poetry? 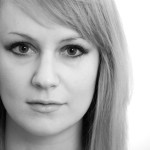 Have you read any of Tom Warner’s work? You should. He’s an excellent poet. Which is why I was pleased but also a bit nervous to be working with him on a pilot project called Well Versed (run by Writers Centre Norwich and carried out by poets and teachers in schools across Norfolk). I was nervous because Tom is a proper poet whereas I am a writer-performer and feel like a fraud most days. I have only published one book, which has more pictures than poetry and looks suspiciously like a comic.

Luckily, it transpired that Tom sometimes feels fraudulent too. And actually as I meet more writers I discover that we all have this capacity – or tendency – to worry that what we’re doing is not really a thing. The results or impact of our work are sometimes intangible, often imperceptible and rarely explosive.

So what happens when we are asked to go and inspire a bunch of teenagers to write poetry? Is this something we are capable of? And why are we even bothering (aside from our need to pay the rent)? Is this is a ridiculous thing to do? Tom and I didn’t know the answer to these questions a few weeks ago. And I’m not sure we do now. But we have drunk some beers and talked about it.

Well Versed is all about changing the way poetry is taught in schools. Making it more inspiring and interesting. Less about the analysis of a poem and the subsequent systematic box-checking process: metaphor – check. Simile – check. Symbolism – check. Less about this and more about… Well. I’m not sure anybody quite knows yet. We just suspect that it is important.

First, Tom and I did some workshops in primary schools and they went well – the kids were open, funny and expressive. They seemed to get a lot out of writing, performing, discussing meaning and articulating their ideas in a less formalized setting. So far so good. We then went into a secondary school to do the same thing.

After the first day we had noticed two things. Firstly, that it sort of stank. Of chips, Dettol, Lynx Africa and cigarettes. The second thing we noticed took a bit longer but was no less disappointing; that the processes one has to go through when writing a poem are completely at odds with what it is to be a teenager; crippled by hormones, insecurities and lack of knowledge (I’m obviously generalising; if you have a teenager I’m sure he/she is poised and charming). Self-conscious on a level I had completely forgotten about, and I can be as bumbling and socially awkward as the next poet. Regardless of this, we had the audacity to be asking them to express themselves truthfully in front of their peers.  On discovering this troubling contradiction we almost smashed the staff toilet window and fled in Tom’s weird Japanese car.

But over the course of the project there were some surprises. We surprised them – I think – by being alive, and young-ish. We looked less like their notions of what a poet looks like and more like slightly off-kilter kids TV presenters, or a dubiously named indie band (hey, have you heard that new album by The Poets?) – embarrassing yes, but slightly less-so than the strange caricature of a writer (which always for some reason involves some sort of ridiculous hat).

They surprised us with their eventual willingness to share their work. I suppose they are used to being told what to do. When they did share, we were also surprised by the content. It was pretty good. Reflective, honest and considered. After they’d gotten over the difficulty of finding a way in (which is what we were there for, with our armoury of stealth-exercises disguised as games), they actually found it strangely easy to access a means of expression that was creative, anecdotal and lyrical. So they also surprised themselves.

Something that also surprised us was their ambition. Or their expectations, I should say. Despite living in a tiny town in rural Norfolk, they were massively tapped into the rest of the world. By ‘the world’ I mean the Internet. I mean the posturing, pouting versions of themselves, which they are encouraged to project, and the rancid fruit salad of celebrity culture. And perhaps because of what they are exposed to on a daily basis via the web, many of them have big ideas. They all want to be footballers, or pop stars. They all want to be rich. They want nice houses. For some of them, this seemed to be all they could imagine or aspire to in terms of the future. A massive house. A fast car. Drinking champagne in a limousine.

And although I found it a bit nauseating, maybe this is fine and not entirely the fault of the Internet. I never wanted to be a footballer or a supermodel, but I did want to be a famous actress. Learning that this probably won’t happen to you is part of growing up. So we didn’t tell them that they may never achieve these dreams, or that these dreams are a bit ridiculous, or that – despite what TV talent shows have them believe – wanting something a lot doesn’t equate to deserving it. We didn’t tell them that in their lives there might be bouts of waiting on tables, wiping arses or stacking shelves. We didn’t remind them that they are growing up in a country where it can be relatively hard to get a minimum wage job and incredibly difficult to buy a house, let alone a ‘sweet crib’. It wasn’t our job to do so. We just tried to put some poems in their heads.

And maybe that is a not such a ridiculous thing to do. Maybe that’s the point of projects like Well Versed, aside from helping them do well at poetry questions in exams. Because that’s what saved me: the fact that it’s easier to scrub, and clean, and wipe and serve if you have poems in your head. If you have developed the capacity for creative thought and been given the tools to reflect on the world and view it in a framework outside of ingrained capitalist ideals. If you have discovered some ways of thinking that recalibrate notions of aspiration and its relationship to the acquisition of possessions and status.

Simply put, it’s about instilling basic artistic sensibilities. Which link to being able to question they way we live our lives and how we relate to the other people we encounter in the world.

I’m not saying that Tom Warner and I succeeded in doing any of this in two weeks. Ha, imagine that. No. But at least we sort of figured out why we were there, and got to discuss this with like-minded teachers and educators. And the staff toilet window remained intact.

Molly Naylor is a writer and performer. Her first solo show, Whenever I Get Blown Up I Think Of You debuted at the Edinburgh Festival Fringe in 2010 to critical acclaim and is touring nationally throughout 2011. She has adapted the show for radio and it will air on BBC Radio 4 this year. Molly has written for the Independent and her poems have been featured on BBC Radio and in publications including The Rialto, the Londonist and Pen Pusher.  She has performed at a variety of festivals and events worldwide. Her first book – an illustrated text of her live show – is available from Nasty Little Press.