How do I get my poems published in The Rialto? 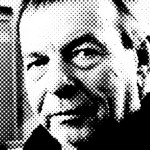 ‘A writer has to spin his work out of himself and the effect upon the character is often disastrous. It inflates the ego.’ Elizabeth Goudge, A City Of Bells.

I wish I could tell you. A poem on any subject, in any style, might succeed. When we started the magazine we wanted it to be open, ‘deliberately eclectic’ was a phrase we used – ‘eclectic’ was a popular word a few years back – and we also wanted it to become part of what John called ‘the republic of poetry,’ a wider state that was not content to promote an orthodoxy of style or coterie of friends. We wanted poems that ‘succeed in their own terms.’ From time to time I get letters, provocative, telling me about ‘the typical Rialto poem,’ but I don’t believe there is such an animal. If there was it would be easy for me to tell you how to get into the magazine.

However after nearly twenty five years I’ve noticed that there are some poetry areas that I’ve become wary of. Maybe if I list them it will help? And there will always be exceptions – look back through the magazine and you’ll find them. So, the following are poems that probably won’t get published in The Rialto.

1. Poems about pets, their births, deaths, loyalty, kittenishness etc. Horses aren’t pets and they interest me.

2. Poems about paintings. I think this may be a Creative Writing Exercise in somebody’s book. They often turn up – they describe the work of art and say how interesting it is and what it reminds the poet of. I don’t know why, but they don’t work for me – maybe because the poets borrow a great artist and then stick their own name to the work. WH Auden has a poem with a Breughel painting in it and Lorraine Mariner has a poem with Bonnard’s work in it, but these are a different matter.

3. Postcard poems – what I did and where I went on my holiday. Travel is supposed to broaden the mind, but these poems show little evidence of this. They often slide into

4. Boasting poems. These are often by males, and the boasting postcard poem goes on and on, something like

It was dark in Brogdgibn Street as I, drunk,
lumbered down to Splatny Square,
somewhere there, last year, I’d had a
one night stand. The girl was beautiful:
I forget her name. The last tram swishes past…….

The Heroic Boast is of course entirely another matter, but it’s not often attempted.

5. Beware the Eternal Verities. Those poems that set out to Explain The Meaning Of Life. There is a useful Creative Writing Maxim which says ‘show don’t tell’. I’m very happy to know life’s meaning, but I’d rather you showed me how you discovered it than bashed me over the head with it.

Please remember that the experience you are putting into a poem, though special to you, may not be unique. If you’ve seen a broken windmill or been for a walk in a dark wood others will have been there too. Your poem will need to hold an editor’s attention because of the energy it puts into describing the windmill experience. This will involve you writing the poem, and probably re- writing it (and maybe even throwing it away, all but a phrase or a notion – keep a notebook full of brilliant flashes of inspiration to use up in other poems). In the process your windmill has to become, in the space in which the reader reads, the only broken windmill in the world.

Please pay lots of attention to the shape of your poem (strict form, when it was/is practised does mean that the poet has to pay attention to shape). And please pay lots of attention to the words you use. For example, there is a beekeeper in the garden of the windmill. You might think it good to have the beekeeper looking like an astronaut in his whites and helmet. If you edit a poetry magazine you’ll know that astronaut beekeepers turn up quite frequently – though, interestingly, there haven’t been many beekeepers on the moon. Don’t try too hard. But do think about whether an image, an adjective, a whatever, might have been used by another poet before: this is one of the reasons people like me and Peter Sansom are always going on about the importance of reading, particularly poetry magazines – it helps you refine your vocabulary, it helps you to want to write something special and different.

For ‘windmill’ in the above two paragraphs you can, obviously, substitute love, heartbreak, death, any of the experiences poets typically write about. Why not write a poem about something that’s never been written about?

Check out the Editor’s Blog pages on the Rialto web site for further clues.

Further help with the How to Get Published question is at hand in the latest from Helena Nelson’s Happenstance Press, How (Not) To Get Your Poetry Published ISBN 978 1 905939 32 9, £5.00 a pamphlet with 52 very useful pages. Contact Helena at www.happenstancepress.com

Alternatively you could study Helena’s own skilful and funny prize winning poems Starlight on Water is available from The Rialto price £7.95 from our online shop.