Issue 69 of The Rialto now available

The current issue of the poetry magazine is now available from the link below. This one is a bit of a special ensemble, celebrating 25 years, or thereabouts, of the magazine’s existence; featuring, as always, plenty of poets who have appeared in the magazine during its first quarter of a century. The issue also includes the first part of a selection of “ones to watch” by Nathan Hamilton. The launch event took place in Norwich on Tuesday 18th May. It was a fabulous evening at the Playhouse, jointly organised with Writer’s Centre Norwich as part of the Norfolk and Norwich Festival 2010. On stage were Les Murray and Andrew Motion, each reading poems to a packed house, and chaired by our very own editor, Michael Mackmin — all thoroughly enjoyable. Watch this space for more about that. In the meantime, thanks go to everyone who was involved… here’s to another 25 years! 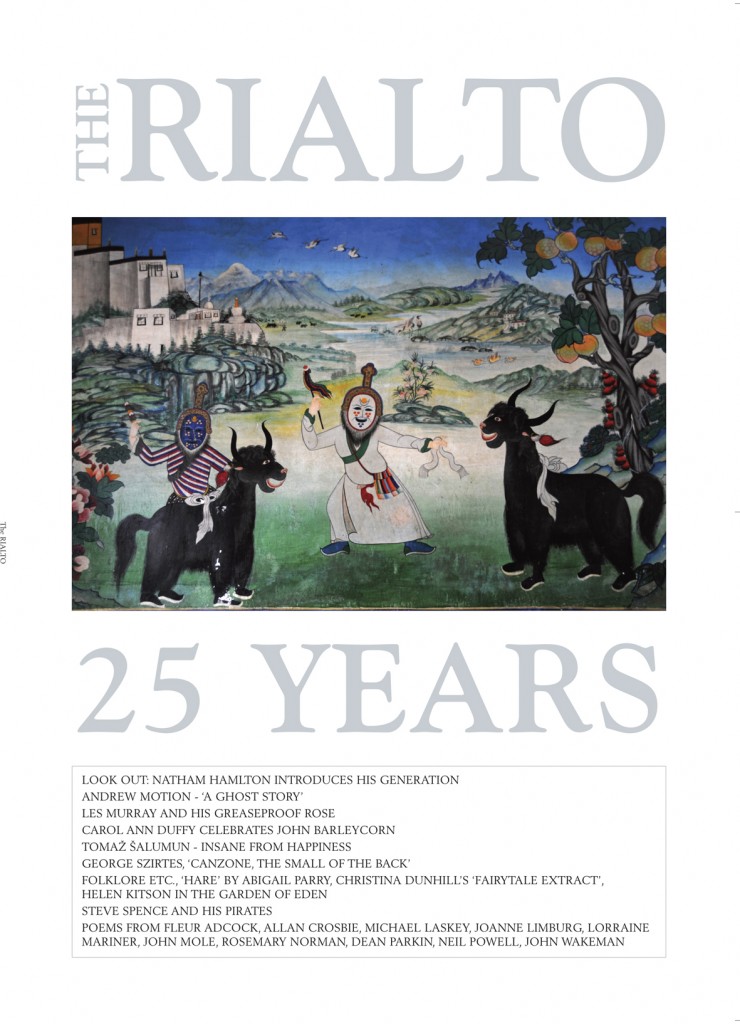