What are they looking for? 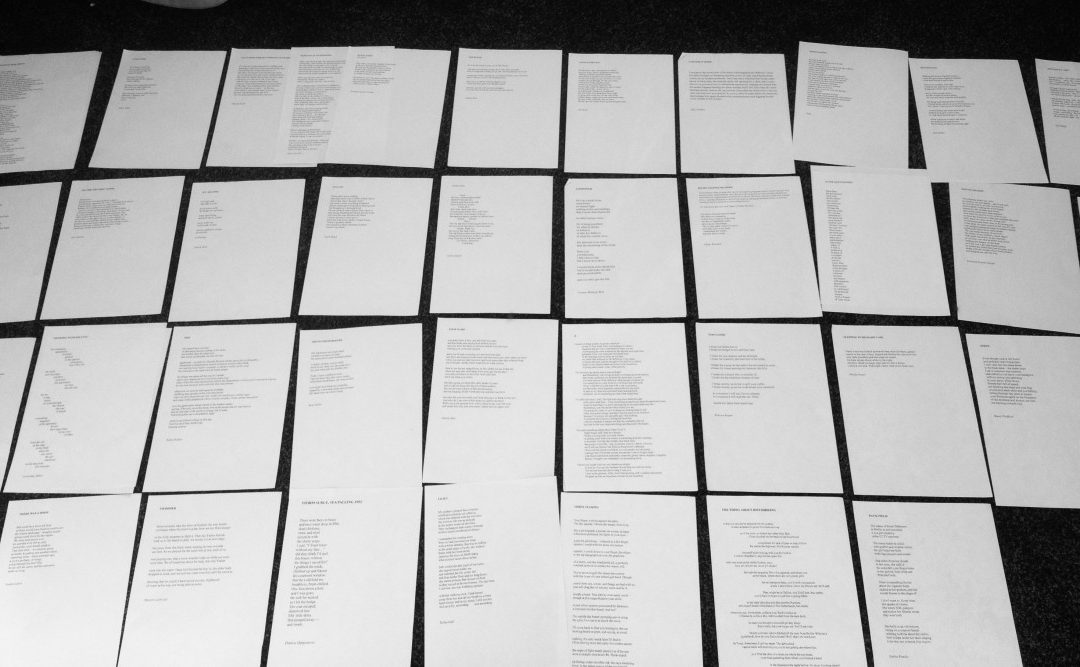 Shall I let you into a secret? Despite writing poetry seriously since 2010, despite my MA in Creative Writing and despite running a poetry magazine since 2012, I often think I have no idea what I’m doing. Sometimes it’s true.

The nagging suspicion that I’m winging it is one of the reasons that I applied for the Editor Development Programme with The Rialto. I wanted to learn more about what makes a poem good enough to publish in a magazine. During my MA I spent a lot of time reading up on the craft of writing poetry, a whole summer with the Norton Anthology of Poetry but I can honestly say I still don’t know what the blueprint for a cracking poem is. I doubt there is one.

I hoped it would suddenly all become clear after the first editorial meeting with Michael, Fiona and Ed down at The Poetry School. It didn’t. But I had a mint time discussing the poems we’d shortlisted, and making a case for poems that I liked definitely helped me to recognise what I’m looking for… even if I still can’t quite articulate exactly what that recognition looks like.

I still don’t know for definite the difference between a good poem and a brilliant one – until I read it.

So what’s the process of editing The Rialto like? I know I can (probably) trust my own judgement but I still worry about the fact that I assess poetry on a very instinctive level – how does the poem sound when I read it aloud? How does it make me feel? Does it resonate with my own experiences? Do I wish I’d written the poem myself?

It’s easy to spot the poems that won’t make it as far as the editorial table, mainly because they fall into the same traps that mine did when I first started writing. Trying to articulate a mess of emotions and experiences without quite being able to translate that in a way that connects with a reader. Overusing adjectives and a dependence on ‘poetic’ language (I remember using the words ‘transient’ and ‘ephemeral’ in the same line! *Shudders*). Poems that haven’t found their way out of the anecdote that inspired them. It’s clear that those poems aren’t ready yet and it does no-one any favours to publish a poem before it’s ready.

It takes more time to decide on the good poems. The truth is, there are lots of people out there writing perfectly good poems. Well-written poems that would work well as part of a sequence in a pamphlet or a full collection but that don’t necessarily stand out amongst the thousands of poems that The Rialto receives. And when some of those poems do eventually make it to the editorial table will they bear up to the scrutiny of the other eds? It’s not enough for a poem to be good; there’s got to be something in it that makes it vital to include it in the magazine, something you’re willing to fight for.

Assisting on editing the last issue was good fun but I’m really looking forward to taking over a section of Rialto 86 with my fellow assistant editor, Ed Doegar. What are we looking for? Well, speaking for myself, I want to read more poems that address what’s happening in the world now. Poems that have something to say. Politics is a mess, amongst all the beauty in the world there is war, violence and poverty, our society is materialistic and sometimes heartless but it doesn’t have to be.

It’s a bit of a cliche to say that poets must ‘bear witness’, especially from the comfort of ‘middle England’ and don’t the photojournalists do that better anyway? We want to effect change but isn’t that the role of the politicians? What can a poem really do? Show me.