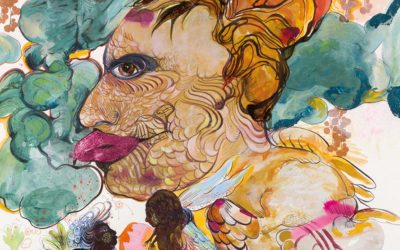 Anita Pati was born and grew up in an English northern seaside town. She now lives in London where she has worked variously as a library assistant and a journalist. She has been a Jerwood/Arvon mentee, one of the Poetry Trust’s Aldeburgh 8, won the Wasafiri New Writing Prize and was a winner of the inaugural Women Poets’ Prize. Dodo Provocateur is her debut pamphlet and won The Rialto’s second Open Pamphlet Competition.

Every poem in Dodo Provocateur is taut with riotous language, utterly surprising and dizzyingly ambitious. Yet despite their linguistic fanfare and creative formalism they are ultimately poems which engage with and reframe the outsider – giving voice to the lost, the ignored and the marginalised. Dodo Provocateur is a series of moving vignettes which celebrate the unrealised beauty of Victorian sewer pumps, crime scenes, earwigs and extinct birds. This pamphlet represents a significant body of work from an important, articulate and restless new voice in
British poetry.

In her explorations of displacement, alienation and fractured identity, Anita Pati engages unique sprung rhythms and invented dialects – as though she hears a music no one else has access to. Her poems are strange, risky, exciting and utterly original.

The Rialto - the poetry magazine to read

Copy and paste this URL into your WordPress site to embed

Copy and paste this code into your site to embed